Today’s promo of ‘Bigg Boss 3’ showed the re-entry of Vanitha Vijayakumar and expectations have gone up anticipating more than a few controversies.

The second promo that just landed gives a hint of what Vanitha has in store for both the viewers and the contestants. 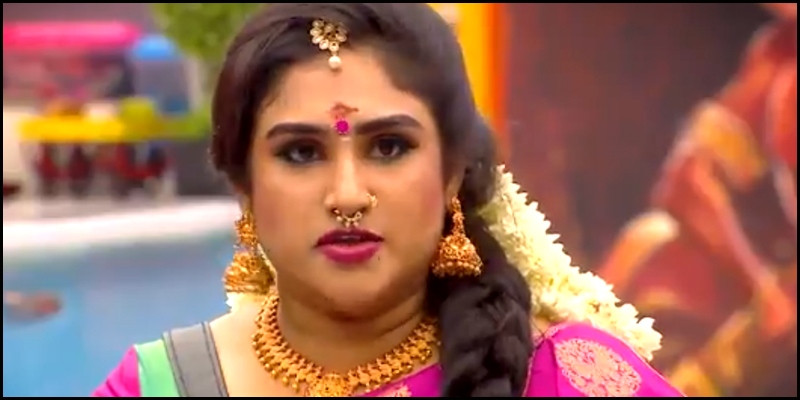 Vanitha is sitting in the middle with all the others around her and she is seen giving them a pep talk first questioning Tharshan whether he would like to win the title are get it by others conceding it to him to which he nods that he would like to win it.  She then drops the bomb that calling one another brother and sister is ok for being civil but should not come in the way of winning the title.

Vanitha in the latest ‘Bigg Boss 3’ promo asks the contestants to be selfish and go fo the title and if there are father and daughter sentiments between them (a dig at Cheran and Losliya) then they should get out of the house.  Looks like the start of a new Vanitha domination effect on the show from today.