Actor and music director GV Prakash was last seen on screen in the Watchman directed by AL Vijay and now the actor is waiting for the release of three of his movies 100% Kaadhal, Ayngaran and Sivappu Manjal Pachai, all of them planning to release around the same time in September. 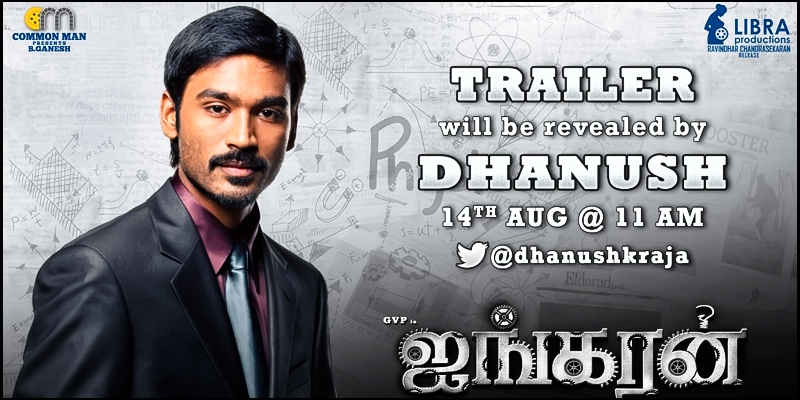 Now it has been revealed that the trailer of Ayngaran will be released tomorrow 11 AM by actor Dhanush. It must be noted that GV Prakash has scored music for Dhanush movies like Pollathavan, Mayakkam Enna and also the upcoming Asuran. Ayngaran also stars Mahima Nambiar