Yogi Babu from being the busiest comedian in Tamil cinema is fast becoming the busiest hero too taking on a number of projects under his belt.  One such film is ‘Puppy’ produced by Vels Films International in which Varun is playing the parallel lead.  On Independence Day the first look motion poster of the film was released which had a funny and surreal feel to it.

Already the production house faced severe backlash for trolling Superstar Rajinikanth’s political entry in a scene in their latest movie ‘Comali’ which they removed from the prints. The Rajinikanth troll in ‘Comali’ lead to a huge pre-promotion for the movie and similarly Vels Films International can sure expect the same for ‘Puppy’ as well. 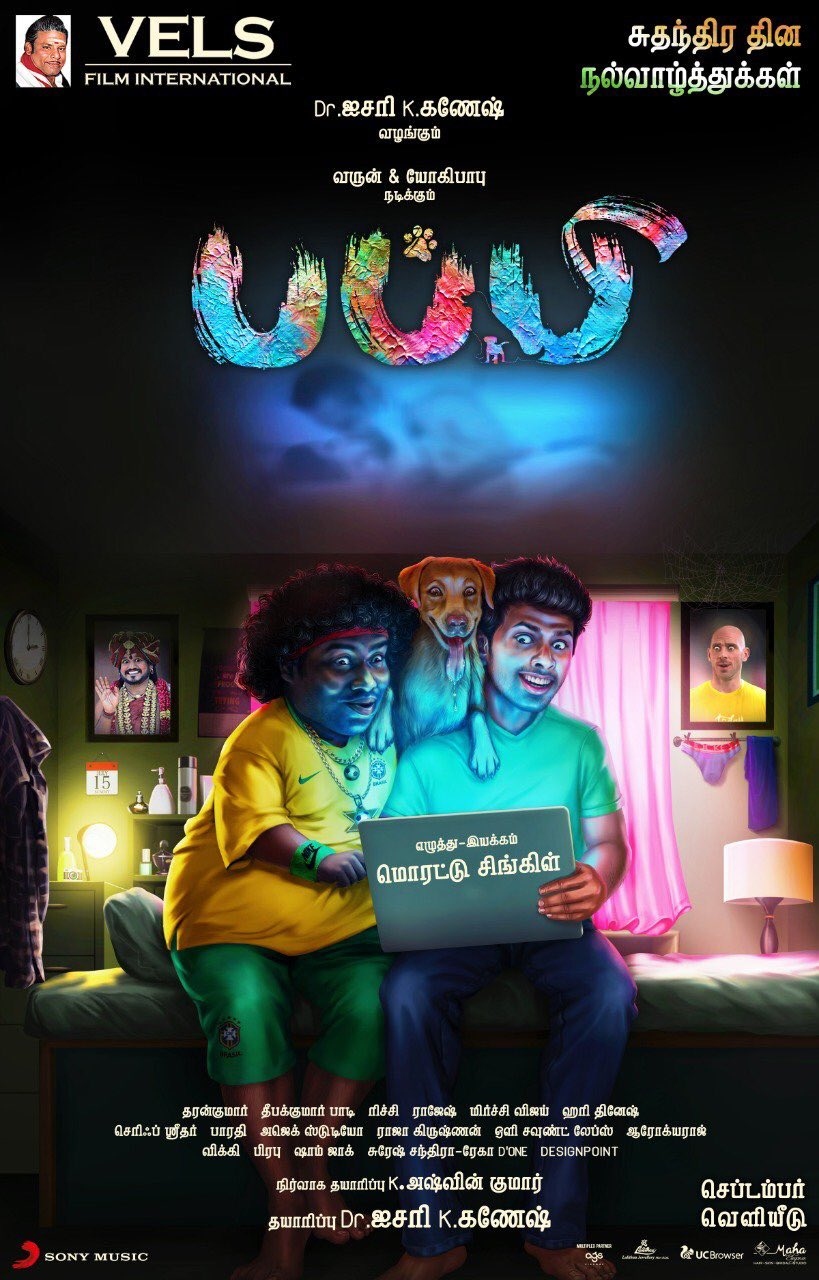