Lady Superstar Nayanthara who was last seen on screen in the Vijay starrer Bigil is all set to act next in the movie Mookuthi Amman, which is the debut direction venture of Radio jockey and actor RJ Balaji who had previously scripted the hit movie LKG.

Mookuthi Amman’s shooting was started recently, and it was said that the entire team of the movie will be turning vegetarians during the shooting of the movie, and today, Nayanthara along with director Vignesh Shivan has been visiting several temples in South Tamil Nadu. 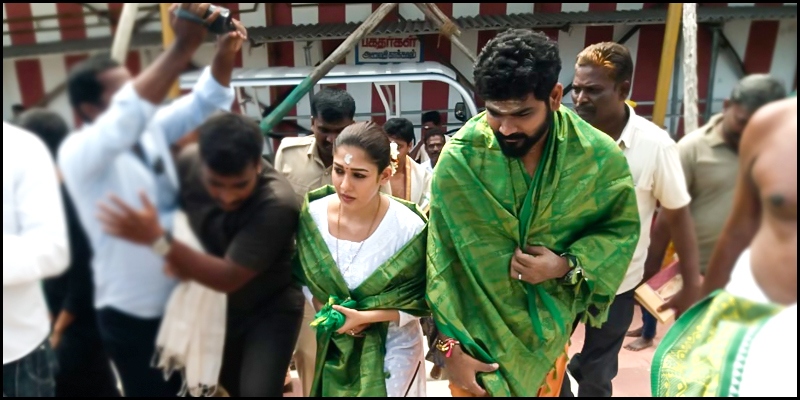 Nayanthara and Vignesh shivan went to Kanyakumar Bhagavathi Amman temple, and then to Tiruchendur Murugan temple and while it has been said that the actress went on the auspicious day of Thiru Karthigai to get blessings of God, some are saying that this is to get blessings before starting Mookuthi Amman.