Editor Sreekar Prasad is one of the top technicians in the Indian film industry and has been working in many languages and multiple movies. 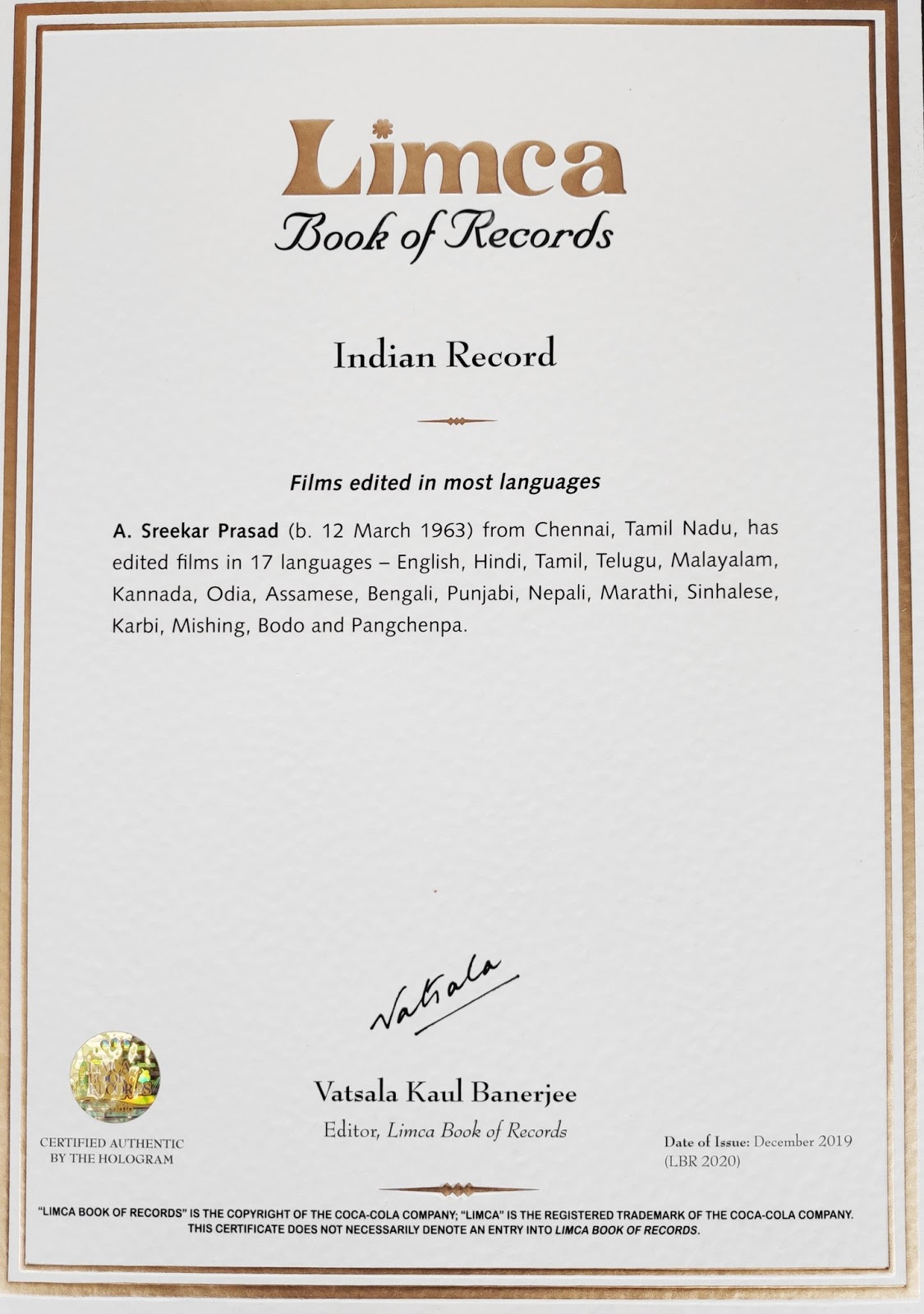 Sreekar Prasad announced this with a  tweet sharing his record certificate, and captioned it “Fortunate to be an indian,so diverse ,so many languages but same emotions……….. “.

Sreekar Prasad is now a part of movies like SS Rajamouli’s RRR, Maniratnam’s Ponniyin Selvan, Shankar’s Indian 2 and many more most anticipated movies