‘Draupathi’ a small film has created enough buzz and hype that is sure to work in its favor as far its box office prospects are concerned. Does this message driven thriller slash docudrama strike a chord with the viewers remains to be seen.

‘Draupathi’ opens with a man Rudra Prabhakar (Richard) imprisoned for honor killing his wife and sister in law coming out of prison on bail.  Without wasting much time he poses as a tea vendor and plans and murders an advocate and a political broker.

Elsewhere in a village Ranya (Soundarya) is shooting a documentary on the life of Prabhakar’s wife Draupathi (Sheela Rajkumar) and she is able to guess who will be the next victim which gets the police on the murderer’s trail.  Why is Prabhakar murdering his victims and who Draupathi was and what is her connection to the killings is what the rest of the screenplay is all about. 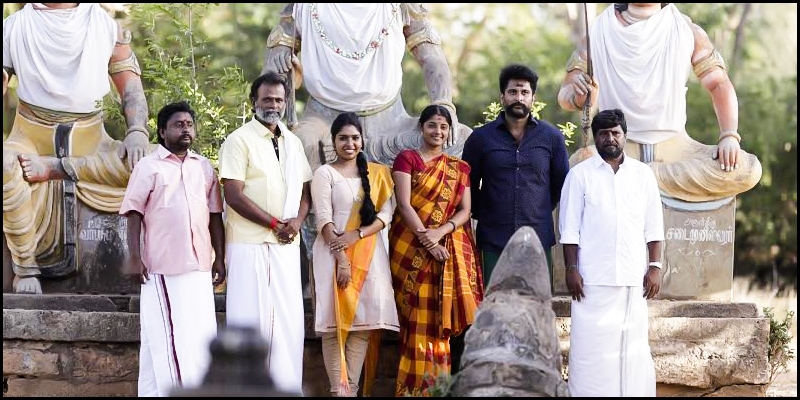 Richard has played Rudra Prabhakar rather subduedly and his build helps convince the audience the nuances of his character.

His performance is on par in the first half as the vigilante and he takes the back seat in the flashback giving his wife the limelight.  Sheela Rajkumar who has impressed in ‘To Let’ and ‘Asuravadham’ plays a powerful character of a social activist and hers is easily the most natural and telling performance in the film.

The scene in which she threatens the villains with death gets the applause.  Soundarya as the documentary filmmaker and Lena as the doctor who helps the couple are quite adequate.

Karunaas plays an advocate who handles the case int he end and to his credit his comedian image does not hamper this serious role.  The rest of the cast mostly new comers are all just passable. 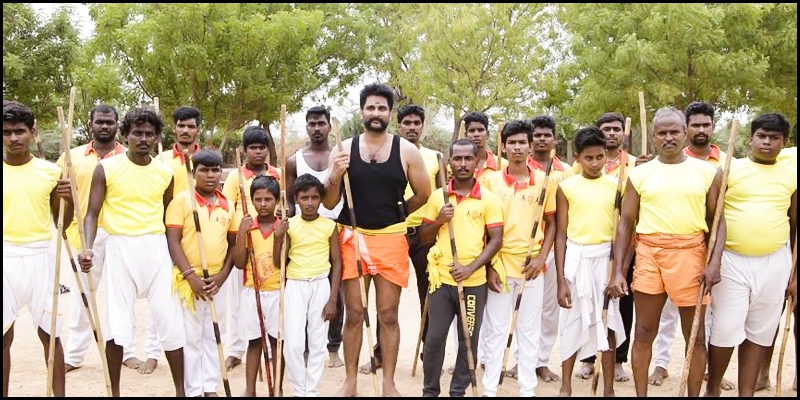 What works best in ‘Draupathi’ is the first half which plays out like a murder mystery thriller with a vigilante touch.  The director has also cleverly built up the curiosity over who the Draupathi is.
The scenes that expose the malpractices in the government registration department and how it affects thousands of young girls and their families is effective.
Usually Tamil films have focussed on how the rich and upper cast men exploit the girls from the poorer and lower caste backgrounds and this one takes the opposite stand and puts forward its cases strongly.
The sexual abuse that the trapped girls are subjected to is also spinechlling and many such cases are reported almost on a daily basis in the newspapers.

On the downside the amatuerish casting robs the film of authenticity and the police procedures and the behaviour of the cops gives rise to unintentional laughter.  The core issue is how the gang targets and uses love to snare girls into marriage and loot the family money.  But there are very few scenes to convey this to the audience.

Though Sheela’s performance is good the scenes depicting her social activism are staged very articifially.  The subplot of the documentary filmmakers does not help the screenplay in any way while the sudden shift in the genres does more harm than good.

The technical aspects of ‘Draupathi’ are all on par with the low budget fare.  Writer-Director Mohan G with the minimum resources available to him has done more justice to his film and its message than what others have done with a comfortable budget and saleable stars in recent times.

Verdict : Go for this fairly engaging film that has a strong message at its core