‘Vicky Donor’ was a critically acclaimed sleeper hit when it released in 2012 catapulting the careers of director Shoojit Sircar and hero Ayushmann Khurrana on its way to becoming a cult classic.  Naturally, there is bound to be comparisons for the Tamil remake and does ‘Dharala Prabhu’ measures up to the original remains to be seen.

Prabhu (Harish Kalyan) is an easy-going lad brought up by his doting widowed mother and paternal grandmother who run an organic beauty parlor.  He has ambitions of playing professional football and goes about his job when a doctor Kannadasan (Vivek) who runs a fertility clinic identifies him as a potential sperm donor with high qualifications for that job.

Kannadasan after much coaxing gets a reluctant Prabhu to agree to donate and soon the duo become stinking rich.  Meanwhile, Prabhu meets Nidhi (Tanya Hope) and falls for her instantly and soon they become a couple.

A twist of fate robs Prabhu and Nidhi the one thing they want and problems also arise due to his past which he has hidden and what happens next is what ‘Dharala Prabhu’ is all about. 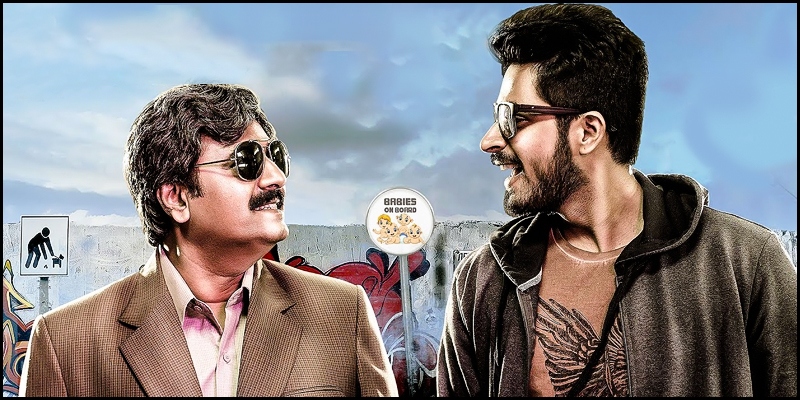 Harish Kalyan is growing from strength to strength with each film playing different shades of the modern youth which he seems to be mastering.  Its a delight to watch the young actor grow into the character of a sperm donor from reluctance to acceptance while he is also very convincing in the emotional scenes when he splits up with his girl.

Tany Hope shines in the mature role of a young girl with an unhappy past who is also dealt with a huge blow in her present life.  In the latter part of the film, Tanya is very much up to dealing with high emotions without speaking dialogues.

After the jaw dropping serious turn in ‘Vellai Pookkal’ Vivek gets a role which is the backbone of the entire film that the pro does with such great elan that it is infectious.  He single-handedly fills in the humour quotient with his voice modulation and punchlines that work big time placing Kannadasan in the same league as Assault Arumugam and Emotional Ekambaram.

Watch out for the medley of expressions that the Chinna Kalaivanar displays in a crucial scene with a bell in hand that brings the roof down.  Anupama Kumar as Harish’s mother is a revelation playing the conservative single mother whose best scene is the one in which she warms up to the little girl.

The beautiful veteran Sachu charms her way throughout as the grams with a modern outlook..  R.S. Sivaji has a field day as Kama the dimwit assistant of Vivek while the actor playing the football coach, the orphanage matron, Namo Narayanan and  R.J. Anandhi are the other aptly cast performers.

What works best in ‘Dhaarala Prabhu’ is the core messages about child adoption and removing the stigma associated with sperm donorship for which the credit goes to the original writer Shoojit Sircar.

The film deals with diverse characters and relationships including interstate families, lesbian parents, mother in law and daughter in law which adds to the ambience of the story.

The big plus point is that the film has been adapted without alienating the Tamil audience and the breezy narration also helps.  The subject has scope to be turned into a loud adult comedy but appeals by staying clean and still providing the fun.

On the downside, the screenplay suffers for want of pace in the beginning as well as a big chunk in the second half.  The heroine’s reaction to her husband’s sperm donorship reveal is a off-color considering her background and the lead up to the climax is all too contrived.

S.K. Selvakumar’s camera is always subjective and takes the audience closer to the story and its characters apart from being eye-pleasing every frame.  Director Krishna Marimuthu has made a strong debut with this adaptation managing well the balancing act of being faithful to the original as well as making it relatable to the native audience.