Kannada hero Yash, fondly called as Rocking star by his fans, has now become a popular star with a Pan Indian appeal, thanks to his last release, the 2018 blockbuster movie KGF Chapter 1, which was a success not just in Kannada, but also in its dubbed versions in Tamil, Telugu and Hindi.

Yash is married to actress Radhika Pandit, and the couple have a daughter Ayra and last October were blessed with a son. Yash has now shared a new photo of his daughter Ayra, after her new summer “haircut”.

Ayra can be seen visibly unhappy about her haircut, as she’s seen raising her eyebrows, staring at Yash. 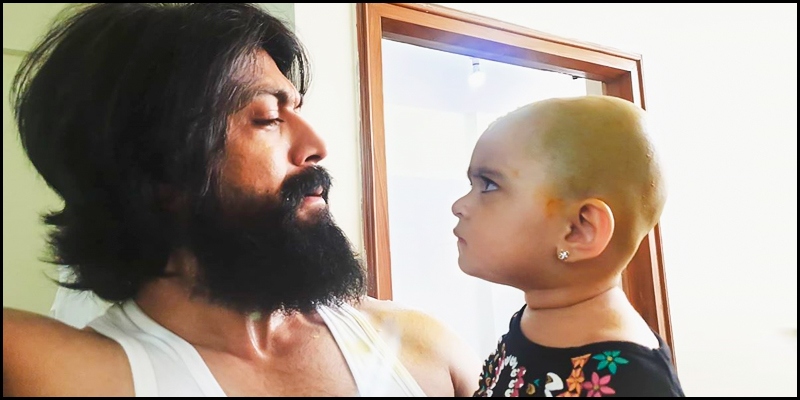 Yash’s fun caption and the cute moment has made the photos trend on social media.

Yash will be seen next in the second part of the blockbuster KGF, KGF Chapter 2, which is set to release worldwide on October 23. The movie directed by Prashanth Neel also stars Sanjay Dutt, Srinidhi Shetty and Raveena Tandon