Following the evacuation of close to 1600 people from the Markaz building, Delhi Police has registered a First Information Report (FIR) against Maulana Saad and others of Tablighi Jamaat under various sections of Epidemic Disease Act.

As per reports, a case has been filed under the epidemic act 1897, IPC Sections 269, 270, 271 and 120-B for the violation of government instructions to Markaz of Basti Nizamuddin management on restrictions imposed in social/political/religious gathering and taking safety measures to avoid covid infection. 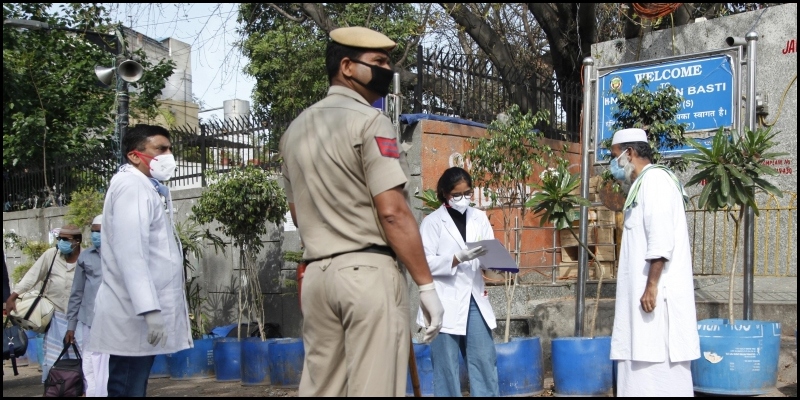 Yesterday, 1100 devotees and preachers who were at the Tablighi Jamaat for a religious meeting, were evacuated and isolated for Coronavirus testing.
200 people with symptoms of COVID-19 were evacuated on Monday. It has been reported by Delhi police that between 10 – 15 March, besides Indians, thousands of people from countries like Indonesia, Saudi Arabia, Jordan, China, Ukraine, Malaysia, Sri Lanka, Afganistan, Bangladesh had also participated in the Markaz.