V. Muraleedharan, the recently-appointed Minister of State for External Affairs and Parliamentary Affairs, had a stopover in Dubai while returning from Nigeria, where he had his maiden overseas trip after assuming office on May 30.

At a community reception held at the Indian Consulate in Dubai, the minister termed the trend of airfares escalating during festival seasons as an “alarming issue”.

“Last week, I had met the Minister of Civil Aviation [in this regard]. It is there in the priority list of the government of India,” he said, adding that the government deemed it an even more urgent matter to address after the collapse of Jet Airways, which had only added to price hikes and seat shortfall.

“I hope that in the coming weeks we will be able to progress in that context,” he assured the Indian community while replying to questions from the audience.

Earlier, speaking to the media on the same topic after a reception by the Indian Business and Professional Council (IBPC) at a hotel in Business Bay, Muraleedharan said there are 1,050 flights operating weekly between India and Gulf countries.

The minister said he also met with Emirates airline officials on Friday, who said the airline had sought the Indian government’s permission to increase the number of seats to Kozhikode in Kerala – where the airline’s service had been suspended recently due to runway renovation – and other sectors in India, at least for the next four months to cover peak season.

He said he would put forward the request to the Ministry of Civil Aviation on his return to India.

Gulf News could not get an immediate comment from Emirates. 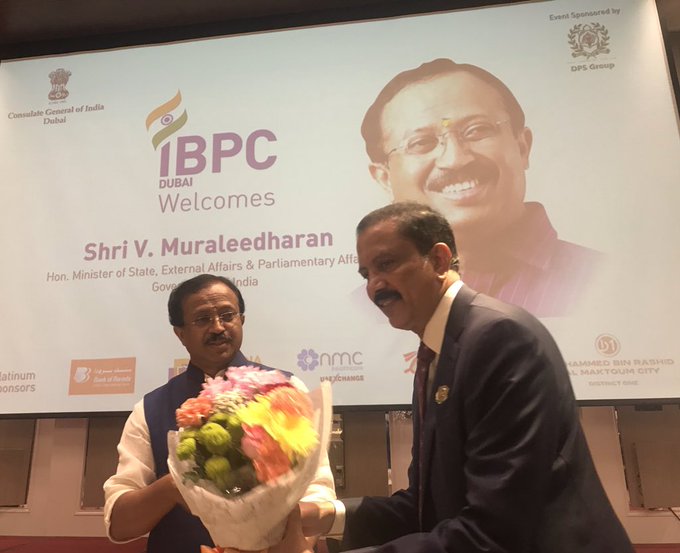 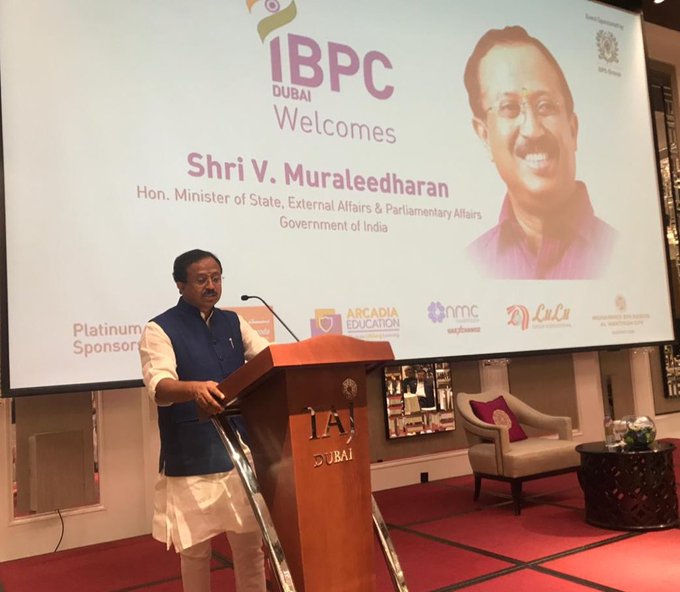 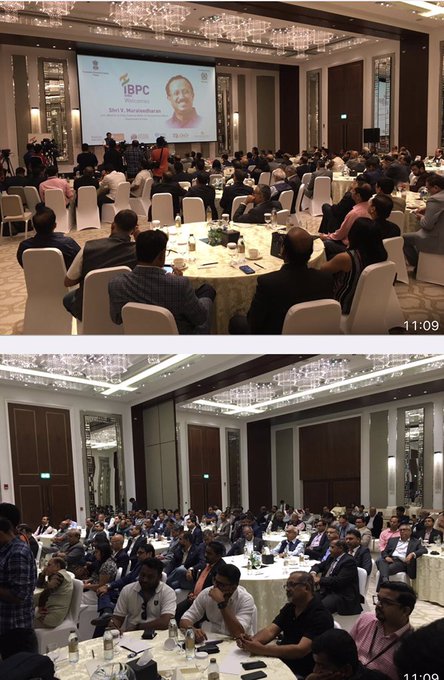 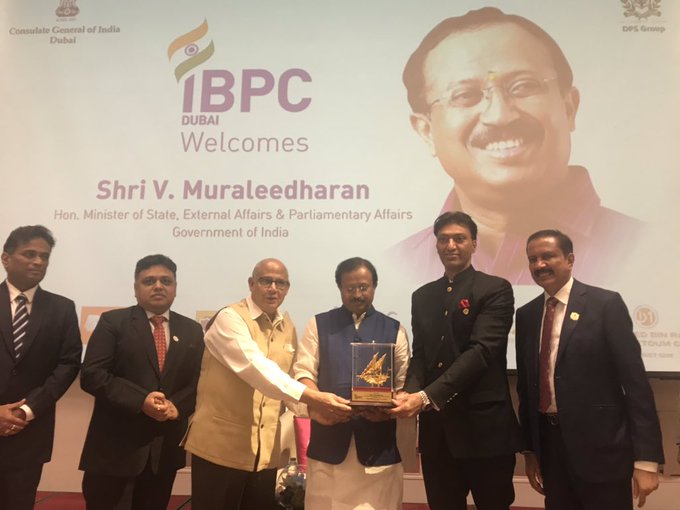 Though Aadhar is not issued to NRIs and it is not mandatory for essential services, the minister was informed that NRIs continue to be asked to furnish Aadhar details for several services including when they apply for a PAN card (Permanent Account Number).

“The issue of Aadhar and citizenship has to be viewed separately,” he said. “People who are non-residents, but are still citizens of the country, need to have something other than Aadhar, which will ensure that the facilities that are extended to a citizen are provided to them also. We will address that issue of citizenship identification and resident identification,” he said.

Earlier, the minister hailed the strong bilateral relationships and trade ties between the UAE and India, and heralded the contributions made by the UAE’s expat Indian community. He said that his visit, although short, was significant in reaching out to the expat community here. 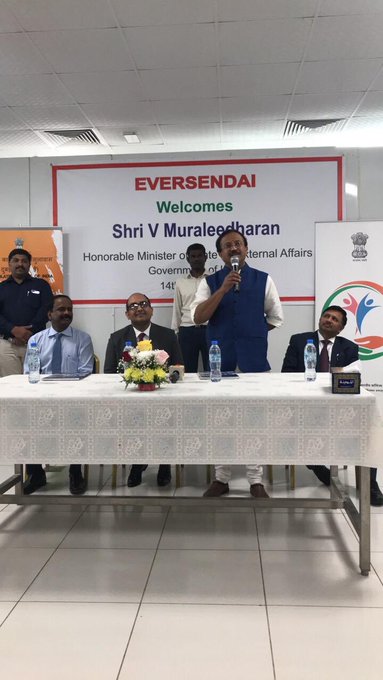 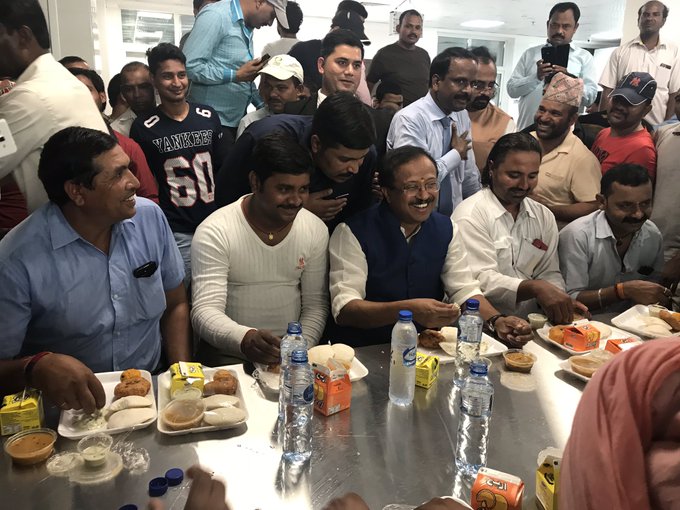 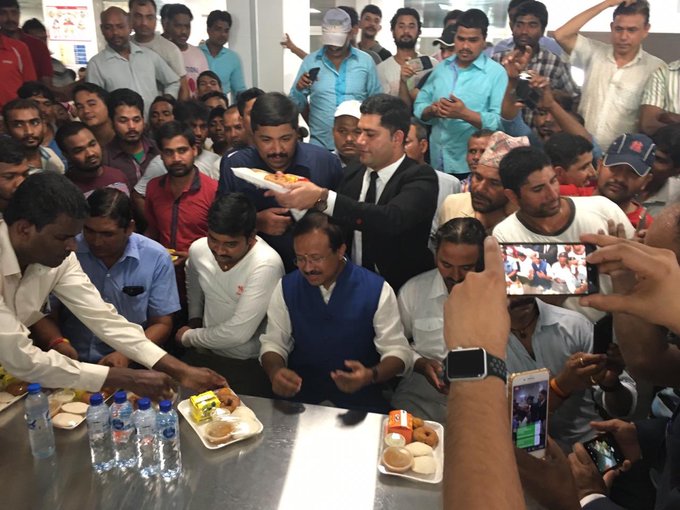 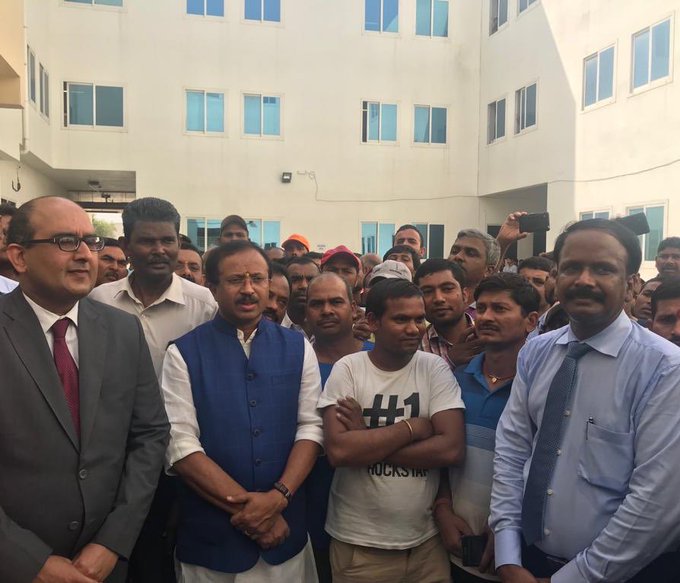 Warm welcome extended to @MOS_MEA by approx 200 Indians at #Evensendai labour camp in Dubai today. Enquiring about their welfare, @MOS_MEA spent an hour with the Indian workers & had breakfast with them. #DiplomacyWithHumanTouch@MEAIndia @DrSJaishankar @VMBJP @narendramodi

India’s draft Emigration Bill 2019, which aims to ensure the welfare and protection of emigrants, is not likely to be tabled in the first session of the newly-elected Lok Sabha, the lower house of the Indian parliament, said visiting minister V. Muraleedharan on Friday.

The first session has been convened from June 17 to July 26.

“Discussions [on the draft Bill] are in the last stage,” he said. “There needs to be better clarity on a couple of provisions of the Bill. That is why we are unable to table the Emigration Bill in this session of the parliament. But I hope the Bill will be passed into an Act in the next session at least.”

As reported by Gulf News in January, the Bill had proposed mandatory registration of all categories of Indians going abroad for work and the ministry had sought comments from the Indian community on the clause.

When asked about the progress in finalising the proposal, the minister told Gulf News: “That is being discussed. Whether it (NRI registration) should be mandatory or it should be voluntary … discussions are still on.