Amala Paul is on a hectic promotional schedule for her upcoming ‘Aadai’ which is releasing on July 19th.

The intense actress is said to have pushed the boundaries to nail the character Kamini a fiercely independent girl who lives life on her own terms.

The highlight of the film is that Amala has gone nude to fully explore and do justice to the character.

Politician Priya Rajeshwari who broke out from the PMK during the parliamentary elections and started a party on her own has lodged a complaint against Amala Paul and has stated that the cops have promised to take severe action.

According to Priya, Amala Paul hails from another state and does not care about the Tamil culture as her aim is only to make money and become the talking point of the nation. 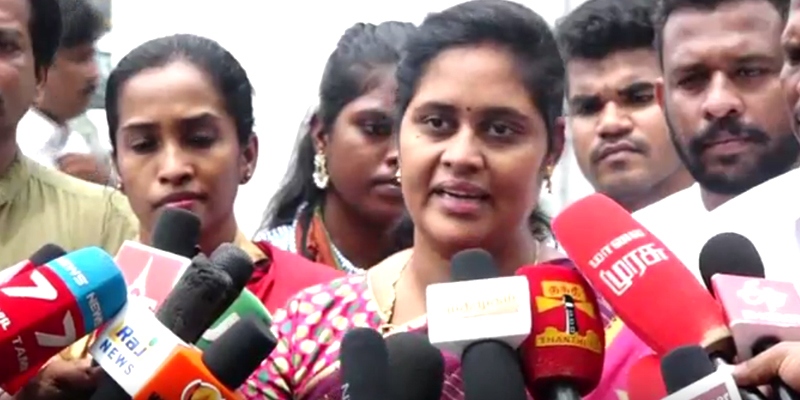 Priya has further pressed that the nude scenes in ‘Aadai’ would influence Tamil youth to attempt rape and since the film is censored with an A certificate the scenes cannot be removed but instead, the police have instructed the distributors not to advertise nudity.